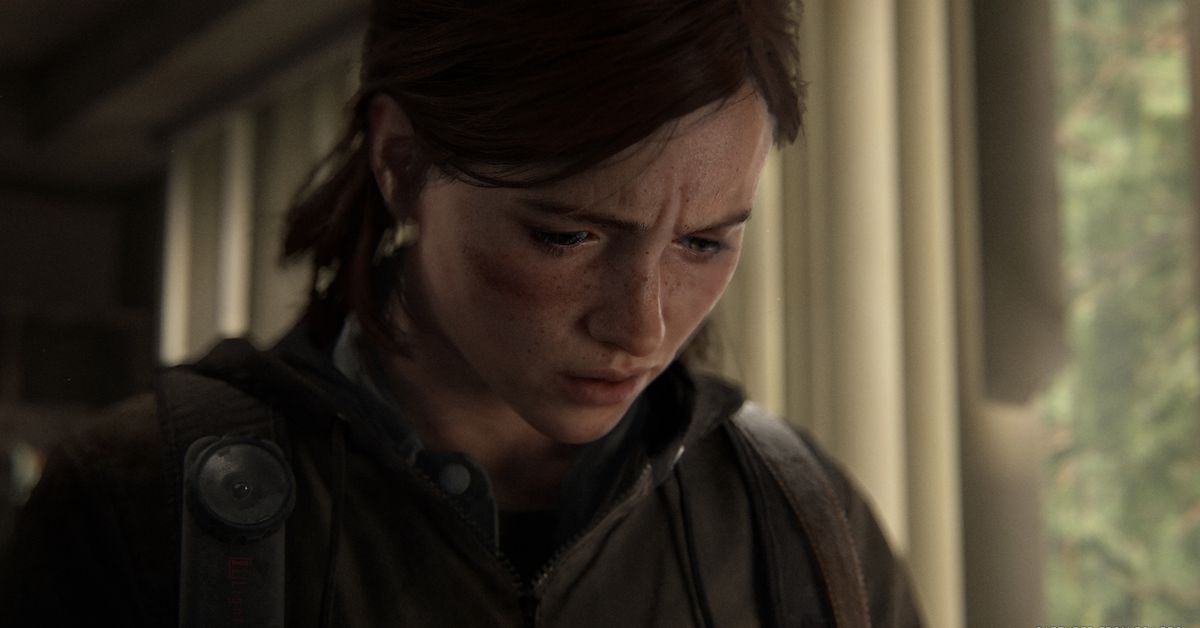 The Last of Us Part II isn’t fun. Over the game’s 20-hour runtime, I often found myself wanting to quit because the violence became unbearable. I didn’t want to bash that lunging dog with a hammer or slice at that defenseless woman with a knife. I certainly didn’t want to watch a religious zealot’s head explode into a grisly cloud because of my well-placed shotgun blast. There are scenes so upsetting that they didn’t just make me uncomfortable; they made me question why I was playing this game at all.

Yet, I’m glad I pushed through — because those dark, disturbing moments are what make The Last of Us Part II so powerful. It’s not just a game about violence. It’s one that grapples with the impact of that violence and shows players the consequences.

The Last of Us Part II is a sequel to the acclaimed PS3 game, which transformed developer Naughty Dog — then known primarily for lighter fare like the Uncharted series — into a studio able to tackle more serious and resonant stories. On the surface, the two games are similar. The original starred Joel, a haunted man who latches on to 14-year-old Ellie as a daughter figure, in a quest that sees them traverse a post-apocalyptic America in search of safety. It ends with him making a devastating choice to protect someone he cares about.

The sequel is centered on Ellie, now 19 and settled in a relatively safe community in Wyoming. She has work, friends, a love interest. She struggles with Joel’s overprotective nature. Aside from the regular patrols to clear out infected monsters, it’s almost idyllic. But a few hours into the game — for reasons I won’t spoil — she sets off for Seattle with vengeance on her mind.

The first half of The Last of Us Part II feels like exactly what it is: an upgraded version of the original game. It’s still a third-person action / adventure game where everything around you is dangerous. Seattle’s many buildings are filled with unsettling zombie-like creatures: ones that are blind and move by sound, forcing you to be quiet and slow, others that scream in a horrifyingly human way and will stop at nothing to kill you. The city is in a state of war. Two factions — a militant organization known as WLF and a religious group called the Seraphins — fight constantly over conflicting ideologies and limited resources. Ellie’s quest puts her directly in the middle of this turmoil.

Playing The Last of Us Part II is reminiscent of Uncharted 4: A Thief’s End. Both games are essentially more robust and polished versions of their predecessors, and TLOU2 borrows liberally from Nathan Drake’s final adventure, from the wide-open but linear levels to the combination of gunplay and stealth. Even the way you pick up objects and turn them over in your hands is identical. The difference is tone. While structurally and mechanically similar, the two games differ in terms of how they make you feel. Uncharted 4 is a sunny, lighthearted adventure with the occasional emotional breakthrough. TLOU2 is its antithesis: dark and oppressive with only rare, all-too-brief moments of hope.

It’s dark and oppressive with only rare, all-too-brief moments of hope

Much of your time is spent stalking around areas full of enemies, and these encounters differ quite a bit depending on who you’re up against. Fighting against zombies is stressful — the sound design makes the monsters particularly scary — but killing inhuman creatures never made me feel guilty. People were a different story. Maybe it’s because I played TLOU2 as stealthily as possible, but I never became comfortable with the way Ellie would grab victims from behind, tell them to be quiet, and then stab them in the throat. It felt close and personal in a way I didn’t like, despite seeing it happen dozens, possibly hundreds, of times over the course of the game. There’s a heaviness to the combat. Things happen slowly and deliberately, giving you a chance to consider what you’re doing. You can get by without killing some people, but no matter what, Ellie will kill a lot of people during your time with the game. Even worse were the trained dogs. The game forced me into scenarios where I had no choice but to kill a German Shepherd, using savage weapons like spiked bats and pickaxes. It still makes me uneasy thinking about it.

Violence in games isn’t anything new. There are plenty of titles that try to use brutality as a way to make players feel something, anything, in a game, whether it’s Hotline Miami or Call of Duty. Much of what I’ve described could be said of the original The Last of Us. What makes the sequel different is the way it makes you question your actions. You don’t just kill people; you see the repercussions.

The Last of Us Part II manages this in a few ways. For one, you can see the literal toll the experience takes on Ellie’s body; by the end, she’s a mess of blood and scars and other various ailments. She’s a far cry from the curious teen she was in the first game. But the most powerful part of the story is how it shows both sides of the conflict. For the first half of the game, you see Ellie in the same light as any other video game hero. Sure, she’s killed an unfathomable amount of people, but her pain is understandable. She’s angry and scared and will do almost anything to make that feeling go away. She’s convinced that killing a particular person will ease her guilty conscience. From the perspective of everyone else, though, she’s a terror: a ghost-like killer, somehow making her way into heavily fortified places and leaving a trail of corpses in her wake. The people she’s chasing aren’t monsters; there are times when I hated some of them, but that changed. Things get cloudy. It’s hard to say too much without delving into serious spoiler territory. But by the end, Ellie isn’t the hero she thinks she is. She’s not the same person she starts out as.

The process isn’t without issues. There’s some dissonance between what happens in the game and what happens in the cutscenes, for instance. There are times when Ellie will kill a dozen people with little reaction during an action sequence, only to completely lose her composure after a single kill in a scripted cutscene. It’s jarring. The game tries to up the ante in a very forced way by giving almost every NPC a name; if you kill someone, you’ll hear their friends calling for them as soon as they realize they’re missing. Hearing someone call “Shannon!” for the 20th time pulled me out of the experience because it didn’t feel natural. It was like I was being told to care about these people (who, by the way, were trying to kill me).

There are other awkward moments when TLOU2 attempts to cover its video game-ness. As beautiful as the levels are, they’re also very clearly designed with a specific purpose in mind; the platforming sections have lots of jumps and things to climb on, whereas combat areas are full of cover and tall grass to obscure Ellie’s movements. You know what’s coming by the layout of the world. Perhaps the most blatant example of this conflict between the game’s desire to immerse you in its world and its inherent game-y nature is the passcodes, a video game staple. In order to open safes or certain locked doors, which you do a lot, Ellie will need to find the corresponding code, which is almost always scrawled down on a nearby piece of paper. This happens so often that it becomes comical; at one point, she even finds a code scrawled in blood on the floor. These aspects aren’t inherently bad, and they’re not unique to TLOU2, but they stand out in a game otherwise so focused on immersion.

When TLOU2 does succeed, which is often, it’s incredible. The moment-to-moment action is tense and brutal. Even though it made me uneasy, I kept pushing ahead to see what would happen next, hoping to find one of those scarce moments of peace. One of the best parts of the game is the boss fights. There are a handful of pivotal conflicts throughout the story, but they don’t play out the way typical video game boss battles do. It’s not about you facing the biggest, baddest enemy there is. (There are some of those, but the most memorable conflicts are different.) Often, you are the aggressor, the more powerful one, exerting your will on someone weaker or in a desperate situation. It turns the tables in a way that makes combat a key storytelling tool.

That’s not to say TLOU2 is all gloom. There are light moments amid the dark. Many of these come in the form of flashbacks when you see Ellie and Joel in happier (though still post-apocalyptic) times, like exploring a museum or learning how to play the guitar. The story expertly uses these moments and specific objects to remind you of better times. You’ll see items pop up, like a stuffed giraffe or a collectible coin, that are linked to a specific memory. Even in the midst of a ruined world, these moments still made me smile.

Ellie is also, thankfully, not alone in her journey. Her love interest, Dina, is a charismatic and honest counterpart to Ellie’s more headstrong personality. Watching their relationship deepen is one of the few heartwarming parts of the story. It’s also just nice to have her along for the ride. TLOU2’s world is so dark and oppressive that I felt more comfortable having someone, even a virtual companion, with me. I keenly felt the times when Dina wasn’t there. The same goes for Jesse, another member of the Wyoming commune who tags along for extended parts of the story. The AI-controlled companions aren’t especially useful in combat, but their presence is reassuring nonetheless.

But this isn’t a story where Ellie simply gets her revenge and then rides off into the sunset with her girlfriend. The Last of Us Part II does not have a happy ending. Again, it’s hard to say too much without getting into direct spoiler territory, but her single-minded focus on vengeance and her inability to let go cost her a great deal. All of those terrible things she had to do — the decapitated corpses, the bloody hammers, the dead dogs — had a price. And that fact that you’re directly involved in those moments makes it all the more heartbreaking.

By the end of a big blockbuster game like this, my mind usually jumps to what will come next or puzzles over some of the mysteries in the story. With The Last of Us Part II, I was glad it was over. Just like Ellie, I was exhausted.

The Last of Us Part II launches on the PS4 on June 19th.