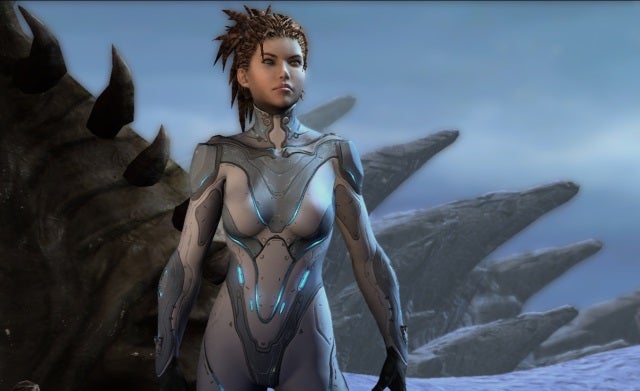 StarCraft II: Heart of the Swarm is available on Windows and Mac OSX.

The big question hanging over StarCraft II: Heart of the Swarm is whether it validates Blizzard’s decision to split StarCraft II into a trilogy, each chapter focusing on one of the three major races of the StarCraft universe: Terran, Protoss and Zerg. With the Terran campaign taken care of via Wings of Liberty, Heart of the Swarm puts the Zerg centre-stage. 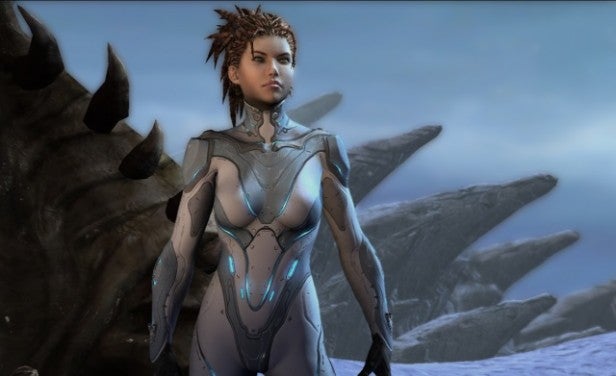 Officially, Heart of the Swarm is an expansion pack that requires Wings of Liberty to play, however it feels close to a full-blown sequel, with a new single-player campaign and some tangible enhancements to the multiplayer experience. And while it’s hard to imagine anyone who hasn’t already got something invested in StarCraft joining at this stage, it’s equally hard to imagine anyone who has not wanting this. Heart of the Swarm might be no reinvention, but it’s the StarCraft we know and love – and as good as StarCraft has ever been.

Heart of the Swarm – Plot

The single-player campaign kicks off exactly where Wings of Liberty ended, with revolutionary Jim Raynor and a returned-to-humanity Sarah Kerrigan no longer the Queen of Blades. The Zerg have seemingly been conquered and the forces of the corrupt Terran Dominion are on their trail. The less we say about the plot the better because the storyline actually matters, but it won’t come as any great surprise if we say that it’s not long before Kerrigan is back in charge of a Zerg horde, wreaking havoc on the dominion and out for revenge. 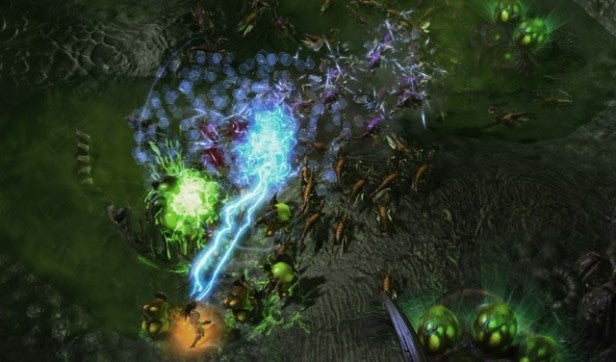 This is big, sweeping, popcorn-munching movie stuff that occasionally makes precious little sense, but it works. Kerrigan is at the very heart of Heart of the Swarm, and the campaign makes the action feel like a personal journey. It also helps that she’s a kick-ass heroine, armed with beefy psionic capabilities that can always tip the battle in your favour. Even more than Wings of Liberty, the narrative is woven into every part of the campaign.

Sometimes this comes at the expense of the wide open battles that you might expect from a classic RTS, with some missions little more than point-to-point scrambles, but there’s no denying that it gets and keeps you hooked. There aren’t many developers producing RTS games these days, but Heart of the Swarm is a strong reminder that nobody does this stuff better than Blizzard. If you’re a fan, you’re sure to lap it up. 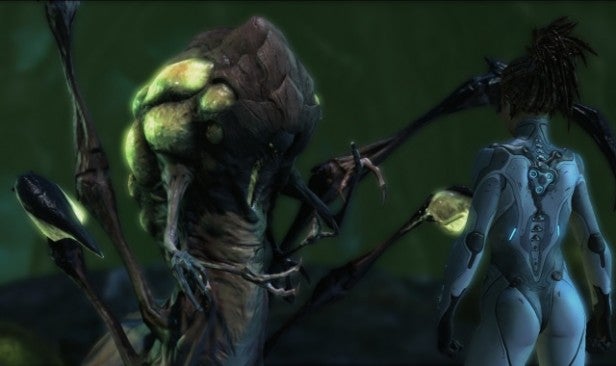 Heart of the Swarm – Graphics

Graphically, some hardcore gamers might find the latest StarCraft instalment mildly disappointing. Wings of Liberty wasn’t the most cutting-edge RTS when it launched nearly three years ago, and Heart of the Swarm doesn’t do a lot to push the engine any further. Arguably, though, it doesn’t matter. Blizzard’s art style and creature design shines through, and works across a greater range of systems, from high-performance desktops to laptops. And when you’re talking about hordes of Zerg attacking heavily fortified Terran bases, then Heart of the Swarm still delivers heady spectacle.

Heart of the Swarm – Gameplay

Gameplay is much the same as it was in Wings in Liberty, which means it’s much the same as it was in the original StarCraft. It’s still a case of building bases, harvesting minerals and gas, creating and enhancing units and defending and expanding your base while attacking your enemy’s. However, missions vary between this classic style and simpler, more objective-based missions, where you might find yourself in a race to collect eggs or battling to reach dormant scourge nests. What’s more, now that you’re playing on Team Zerg it all works a little differently anyway.

You see, the Zerg don’t build bases in the Terran style, but mutate units and structures from the larvae crawling around their Hatcheries. The units and structures you can create depend on which structures you’ve created already, and your basic Drone units work both for harvesting resources and transforming into spawning pools, land and air defences and other vital facilities. 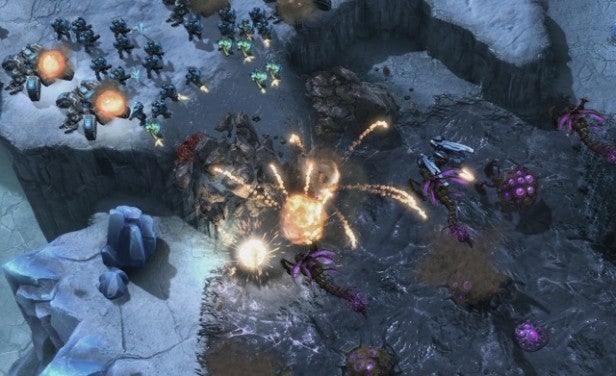 Meanwhile, the Zerg’s defilement of the earth, the infamous ‘creep’, plays a vital role in defining where you can place structures and how certain units move through the world. It all takes a bit of getting used to, but the early campaign missions do a fantastic job of teaching you without you even noticing you’re being taught. Throw in a selection of interface improvements, and it’s never been easier to get to grips with everyone’s favourite RTS menace.

The expansion throws a generous handful of new Zerg units into the mix, boosting an already lovable selection. The beauty of StarCraft has always been in its brilliant, memorable unit development and in the superb balance between distinct opposing units. Even the toughest of the Terran, Zerg or Protoss units can be bought down by one of your units, or even just by sheer weight of numbers, thanks to the infamous Zergling rush. This hasn’t changed.

Call of Duty: Warzone — Review of the Video Game

‘Star Wars: Squadrons’ is (almost) the starfighter sim I’ve been looking for