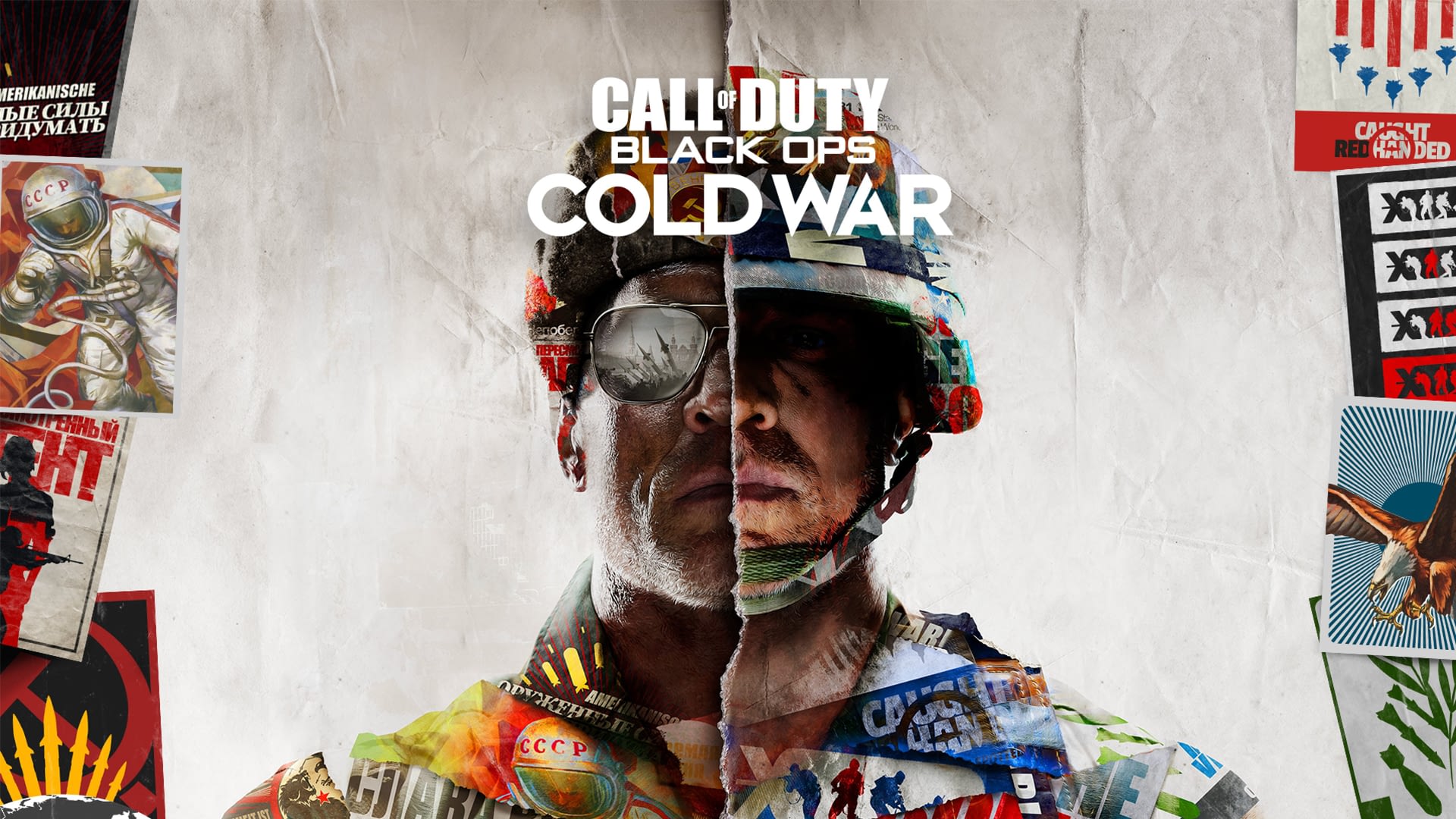 It’s November. There’s a set of new consoles out. That can only mean one thing: Call of Duty is back. 2020 brings us Call of Duty: Black Ops Cold War, the first PS5/Xbox Series X CoD and more.

There’s a lot to talk about here, so we’ll be splitting this review up in pages to allow you to easily read about specific sections of the game. The first page will be campaign and next-gen features. The second page will cover multiplayer and zombies. The final score for the entire game will be at the bottom of both pages. If you’re on mobile, it may appear as one big article. You can choose to read it as one big review or skip around if you please. Without further ado, here’s our review of Call of Duty: Black Ops Cold War.

The Black Ops story you’ve been waiting for

Call of Duty is mostly known for its multiplayer but the franchise always has distinct stories. The Modern Warfare trilogy is Michael Bay-esque. The WWII entries are more historical based. The Black Ops games usually tackle some bigger themes and come at the story with a unique angle. They’re riddled with conspiracies and the side of history the government won’t show us. The Cold War is no exception to this. 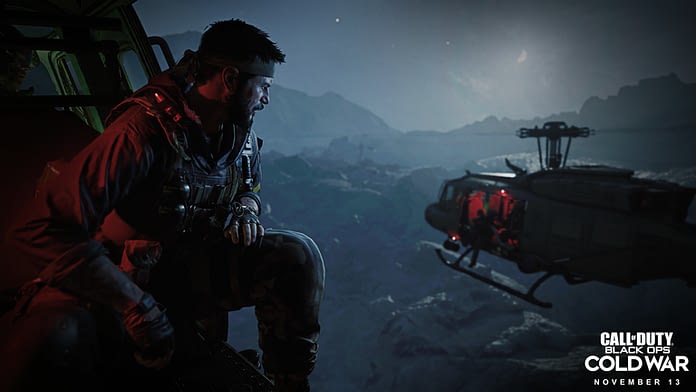 While the first two Black Ops games dabbled a bit with the Cold War, Black Ops Cold War puts it front and center. Since 2012, we have been robbed of the storytelling this sub-franchise is known for. Black Ops 3 tried and failed to do something new but familiar. Black Ops 4 just dropped the story entirely. It’s not even clear if we were supposed to get a new Black Ops campaign like this, either.

Treyarch was called up to bat after Sledgehammer Games was pulled off CoD 2020. Sledgehammer was making a Cold War title and Treyarch reportedly had to tie it into Black Ops, with the help of Raven Software. For the most part, you can’t really tell this wasn’t a Black Ops game. Black Ops Cold War integrates the history of the series through its characters, references, and even locations incredibly well.

This is a story made for the biggest fans of the series. Black Ops Cold War follows a group of CIA operatives – including Woods, Mason, and Hudson – as they attempt to find Perseus, a Soviet spy. If Perseus wins, it could frame the United States as enemy number one and begin the greatest global conflict the world has ever seen. Needless to say, the stakes are high. 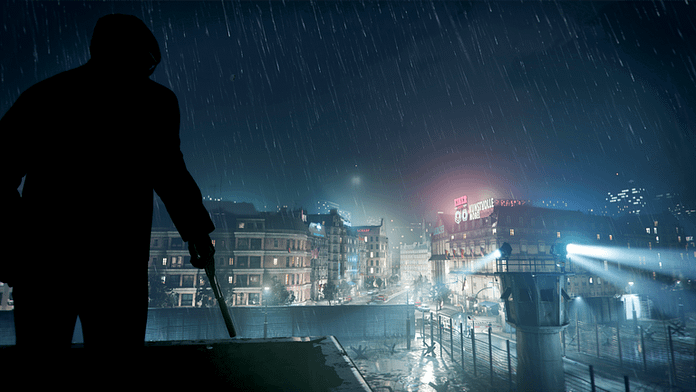 Black Ops Cold War’s story is one of the most stylish and fascinating in years. With a killer soundtrack littered with songs like Spirt in the Sky and The Stroke, era-specific set-pieces, and some neon lights for good measure, it’s hard not to get romantic for the 80s. It’s a game oozing with cool-ness from its set-pieces to its cool guy supporting cast, donned in leather jackets and aviators.

The game also uses real world history such as a pivotal time period and key characters. Perseus is a real figure in history but just like the game, his actual existence is a point of debate. Treyarch digs through history’s weirdest corners (like MK Ultra) and pulls out nuggets of incredibly compelling foundations for their story.

Some of these nuggets don’t paint the U.S. in the best light all the time either. Black Ops Cold War fully acknowledges the questionable methods of the world’s greatest superpower. It doesn’t really make judgements, though. But it doesn’t need to because it allows the player to through their actions and choices. A lot of the choices you make are based on who you trust and your world view. 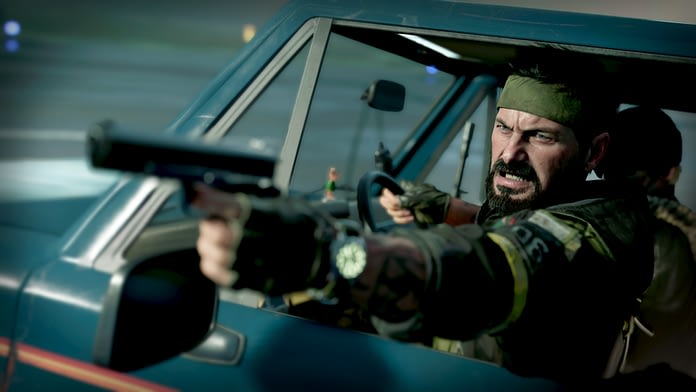 All of that paranoia and distrust really lends itself well to the time period its in. It helps create create a great mind-bending spy game. All of the espionage, dual identities, and paranoia lead to some of the best moments in the entire series. One of the best levels of the game revolves around you playing as a KGB double agent. You’re at the HQ but the Soviets are on to you so you have to lose their trail while also getting the CIA agents into the building.

The level is basically a sandbox, allowing multiple ways to play through it. The level of tension and anxiety produced by it is something I’d never expect from Call of Duty. The feeling it sent through my body was something I’ve only felt through horror games. It’s marvelous and will be an instant Call of Duty classic.

Black Ops Cold War has some of the most varied gameplay, fantastic level design, and more. From mission to mission, I was consistently impressed. Call of Duty levels usually follow a very certain formula and while some of that is still here, it is improved upon. You can peel off to other corners to save or kill captured double agents. You can fly a helicopter over the chaos of Vietnam. As already noted, there’s even levels that give you an objective but give you the freedom to figure out how to accomplish it. 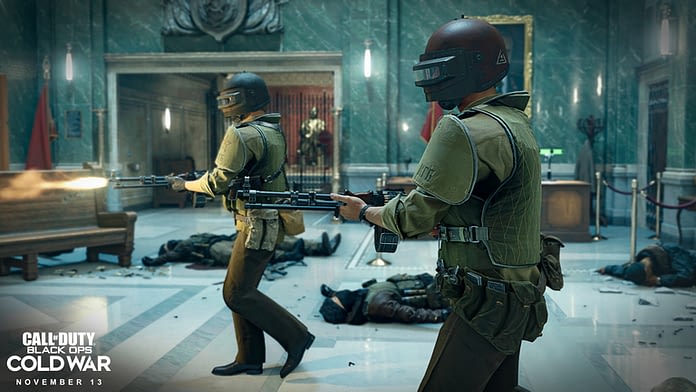 This helps lend itself to the Black Ops lineage even further thanks to Black Ops 2’s branching paths. There are lots of secret paths, hidden weapons, and more here in Cold War. It’s a game that doesn’t feel confined to a singular path. You can make lots of choices, big and small.

Save the world… or destroy it

If you want to plunge the world into fire and chaos, you can do so. Black Ops Cold War has choices and while the ending is really mostly decided by the penultimate mission, they’re still interesting. It would have been nice if some of the earlier choices in the game made more of a difference but the wild contrast in the endings still make the choices a noteworthy inclusion.

A lot of the early choices just result in a cookie-cutter montage at the end, which can deflate some of their impact. Black Ops 2 had a lot of branching paths and they felt like they mattered. There were a lot of different ways that story could play out. Black Ops Cold War doesn’t really have that. In the heat of the moment, they can feel like really high-stakes choices but they barely matter in the grand scheme of things. This carries into the side missions. 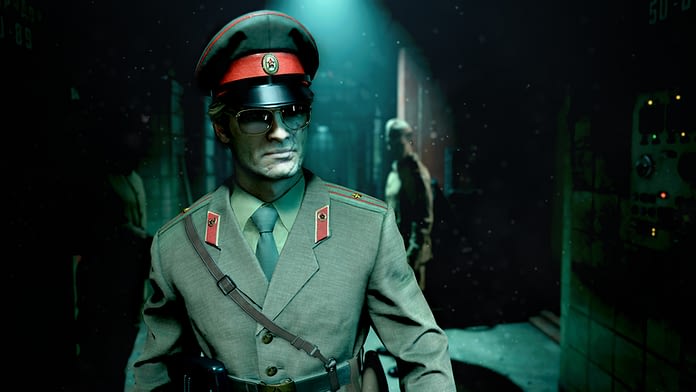 There are two side missions in Black Ops Cold War, both of which have optional legwork attached. Both of the missions require you to find a target and kill them but before you do that, there’s some codebreaking. You can just do the mission if you want but you risk taking down some extra targets linked to the Soviets off-screen. The codebreaking is really cool and had me bust out a real pen and paper to decrypt some of it but doing this doesn’t really have much impact.

You’ll get a very brief cutscene at the end saying “Hey, we got those guys!” but that’s it. It doesn’t seem like it really makes any difference on the campaign which seems like it defeats the purpose.

Perhaps if Black Ops Cold War had an extra year to cook in the oven, it could’ve exceeded its own ambitions. As of right now, it’s certainly good but I can’t help but wonder what another year could have added to this game.

The power of next-gen 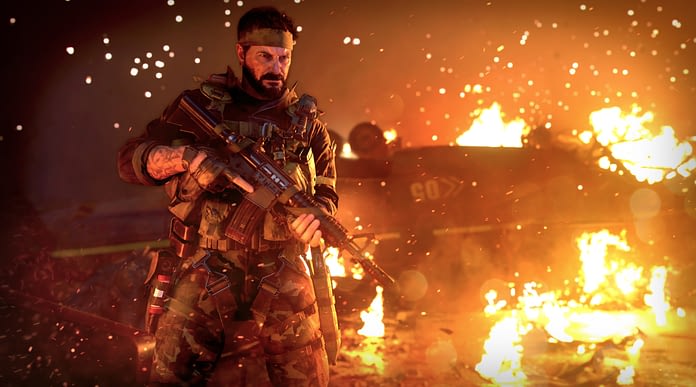 Every gun has a unique feel when you fire it within the triggers. The triggers will rapidly shake your fingers as you fire an SMG. Sniper rifles will bounce your finger after you load a new round in the chamber. It’s no longer sounds or damage numbers. The intensity and power of your weapon is no longer just virtual. It is reality. This is one of those things where words won’t really do it justice. It is something you will need to feel to really, truly understand. The below tweet includes a video of me firing the MP5 in the game with a DualSense controller.

PlayStation 5 also includes features to quickly jump in to various modes from its home screen. I was able to resume the campaign within less than 20 – 30 seconds using this feature. You can do this with all three core modes in the game, which is absolutely astounding and super useful.

Both Xbox Series X and PS5 also utilize some other key performance upgrades. I reviewed the game on both consoles, tinkering with 120 FPS and ray-tracing. The biggest downside of these functions are that you can’t change them within the game. You must close the game, go into your system settings, and manually adjust them before launching it again.

This is a bummer since games like Dirt 5, Spider-Man, and more all let you change these kinds of functions in-game. That said, I left Black Ops Cold War in the 120 mode as it looks great in more ways than one.

It doesn’t feel like you’re looking at a lesser game, even at 120 FPS. There are no noticeable frame-rate dips and you’re getting a really beautiful looking game. There’s one moment where you fly over some water in Vietnam as the sun rises on the horizon. It’s a true stunner and really makes you wonder how the next CoD games will utilize this hardware.