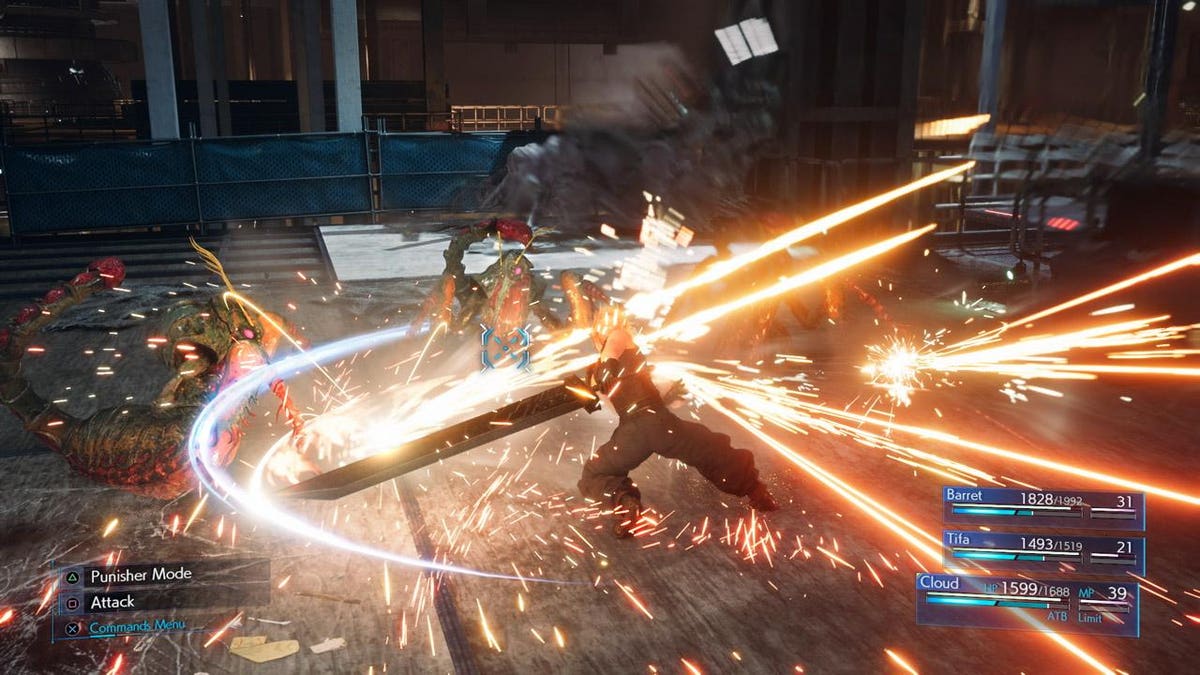 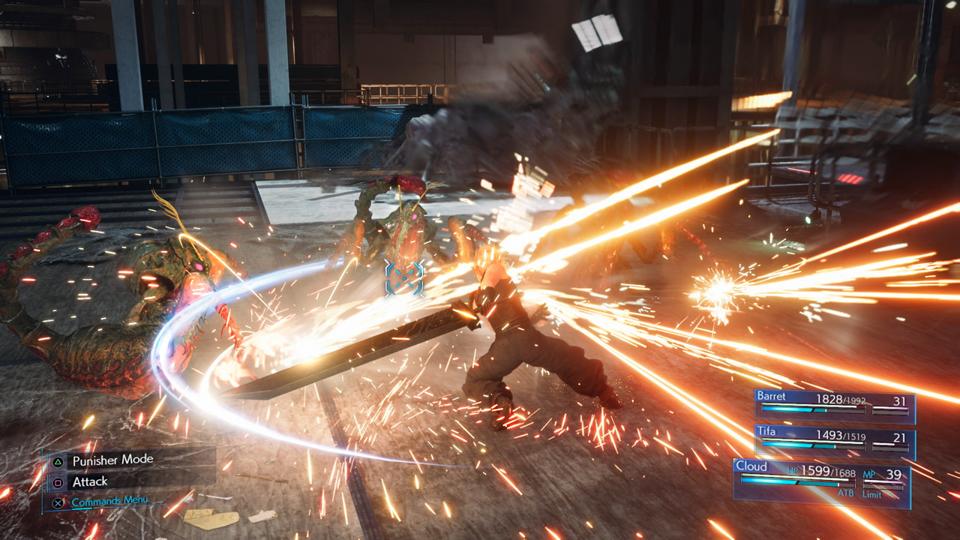 Fans of the original game are going to be in for some surprises.

After years of waiting, the remake of one of the most successful role-playing games ever made is finally here and it’s an amazing game, though not the one you were likely expecting.

So a remake of Final Fantasy VII would be surely a complete no brainer from a business standpoint and gamers would be elated at the news. Well, back in 2015, gamers were definitely ecstatic about the news of a remake but as time passed, people got worried that Square Enix would mess with the secret sauce and nullify what made the original game so great.

This was because it wasn’t long until we heard the news that the classic turn-based Active Time Battle system had been dropped in favor of something more action oriented and fluid.

Well, the game is here and it’s an incredibly well wrought game but it’s not exactly what I would call a remake.

Visually speaking, this will hit fans of Final Fantasy VII right in the nostalgia. The recreation of characters such as Cloud, Tifa and Aerith are amazingly done and the city of Midgard has been reproduced in a truly amazing way.

Functionally though, things are quite a bit different. 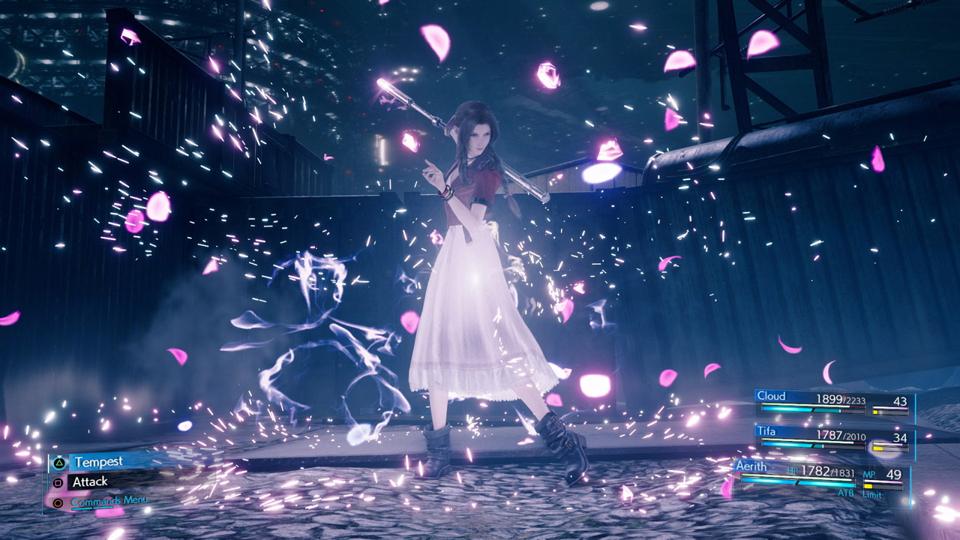 This remake is visually impressive throughout.

Put simply, this is now much more of an action role-playing game compared to the original and that will understandably rub some people the wrong way. The Normal setup has you effectively attack enemies in real-time but with an ATB gauge that refills giving you access to things like spells, items and abilities.

You can switch this over to Classic mode, which is more automatic in terms of the combat but actually feels somehow worse, as characters attack automatically.

Thankfully you can still switch between party members and that’s where the combat gets interesting, as different characters have varying setups that keeps battles lively.

The issue here is that this is a big departure from the original game but it is done incredibly well and actually works.

This means that if you purely view this new combat setup on its merits alone, it’s very well done but it’s not exactly what I would call faithful to how the original game worked.

You still have all the backend upgrades and Materia, which is obviously great and refreshingly direct after overly complex upgrade systems in other recent role-playing games. However, the issue here for some is that this is not so much of a remake of Final Fantasy VII but more of a rebuild.

This brings me onto the story and it’s had a very definite and surprising overhaul. I obviously won’t spoil that here but suffice to say, you will not expect how things develop if you played the original game. 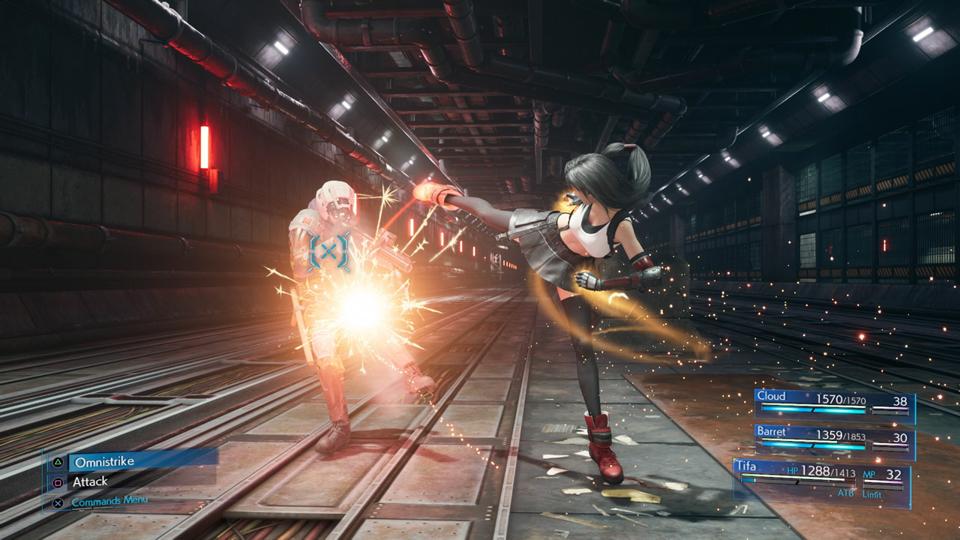 The more action-oriented approach to combat is a big departure from the original game.

The amount of narrative here is also a lot more than the original game, as this remake only covers the initial section of the original story but drags out it over a much longer timespan.

It’s definitely fun and engaging but it does get a little repetitive and padded out in places.

While we all thought this would be a straight up retelling of the Final Fantasy VII story in multiple installments, I really do not know what to expect next and that in its own way is quite exciting.

In some ways, it helps that I am not as invested in the original Final Fantasy VII compared to many others that will pick this game up. I am coming based on what the game is, rather than what I thought it could be.

On its own, this is a fresh and fascinating action role-playing game set within the world and setting of Final Fantasy VII and that is remarkable to behold. It will also likely introduce whole new swathes of gamers to the plight of Avalanche and still amaze old-school players like me.

If you were expecting a faithful remake of Final Fantasy VII, then you will be left confused but not disappointed. This is a properly crafted game from the visuals to the functionality and even the story.

Overall, this is an amazing game that works on its own and fleshes out the story and setting of Final Fantasy VII in a remarkably cogent way. Fans of the original game may have wanted something more faithful in a functional sense but this is still an excellent game and one you will be more than happy to pour your time into.

Disclosure: Square Enix sent me a copy of this game for the purposes of this review.

Two Warnings About ‘The Last Of Us 2’ User Review Scores

Call of Duty: Black Ops Cold War multiplayer review: “A back to basics COD with a drawback for every high point”

Don’t expect Vampire: The Masquerade – Bloodlines 2 until the second half of 2021