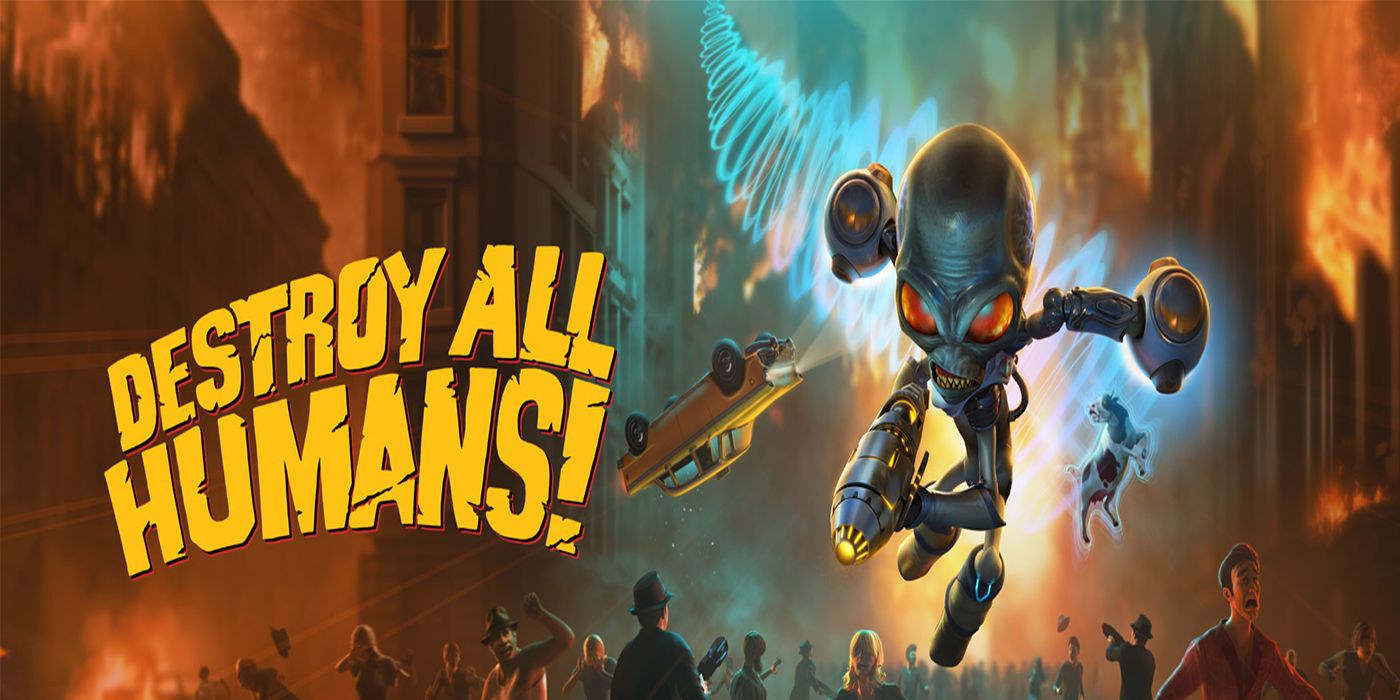 Destroy All Humans has been brought forward into 2020 with a new remake, but it still struggles to shake its antiquated design.

As a defining game of the original Xbox era, fans have high expectations for the Destroy All Humans remake. And while fans may be worried that the game won’t stay true to its 2005 counterpart, it’s much less of a from-the-ground-up remake than it is a visual overhaul with some tweaks to movement and abilities, though that isn’t necessarily a bad thing.

Players are getting the complete package and then some, with Destroy All Humans‘ voice cast returning for the remake, and some new features being added to make the game feel modern. The controls have been touched up to make Crypto feel more maneuverable, along with new abilities like a hoverboard that allows Crypto to glide over long stretches, which is by far the best new addition in Destroy All Humans.

Fundamentally, Destroy All Humans provides a wonderful playground for players to cause chaos in. The game is at its best when it lets players loose on the world, allowing them to blow up buildings, vaporize humans, and toss things around with Crypto’s Psychokinesis abilities. This is best demonstrated in Destroy All Humans’ challenges, which are unlocked after completing missions in one of the game’s areas and encourage players to put their abilities to the test.

Challenges range from races to destruction missions, either in the saucer or on the ground as Crypto, with a star system grading how well players do and what rewards they unlock. Players are never forced into starting up a challenge, but ignoring them is a surefire way to walk away from Destroy All Humans disappointed, as running the main story missions like a gauntlet gets tiresome quickly.

That’s because the story missions in Destroy All Humans are fairly repetitive, often tasking players with infiltrating an area, defending an object, or causing mayhem without much variation. With the exception of Destroy All Humans’ new mission, which is bite-sized, the story is recreated almost exactly like the original, so returning players should know what to expect going in. And while most fans aren’t expecting a dramatic overhaul of the campaign, it is an area where Destroy All Humans shows its age, which will inevitably be disappointing to some.

However, missions do have optional objectives that offer some entertaining distractions from the core mission goals. They aren’t anything too special, usually directing players to use specific weapons or abilities on enemies, but it does help with the monotony. Plus, completing the optional objectives in a mission will sometimes net new skins for Crypto, though there aren’t many of them. There are also pieces of concept art that can be unlocked and viewed on the Mothership.

The Legend Of Zelda: Breath Of The Wild Review

The Forgotten City is being completely overhauled, but that means it’s delayed too