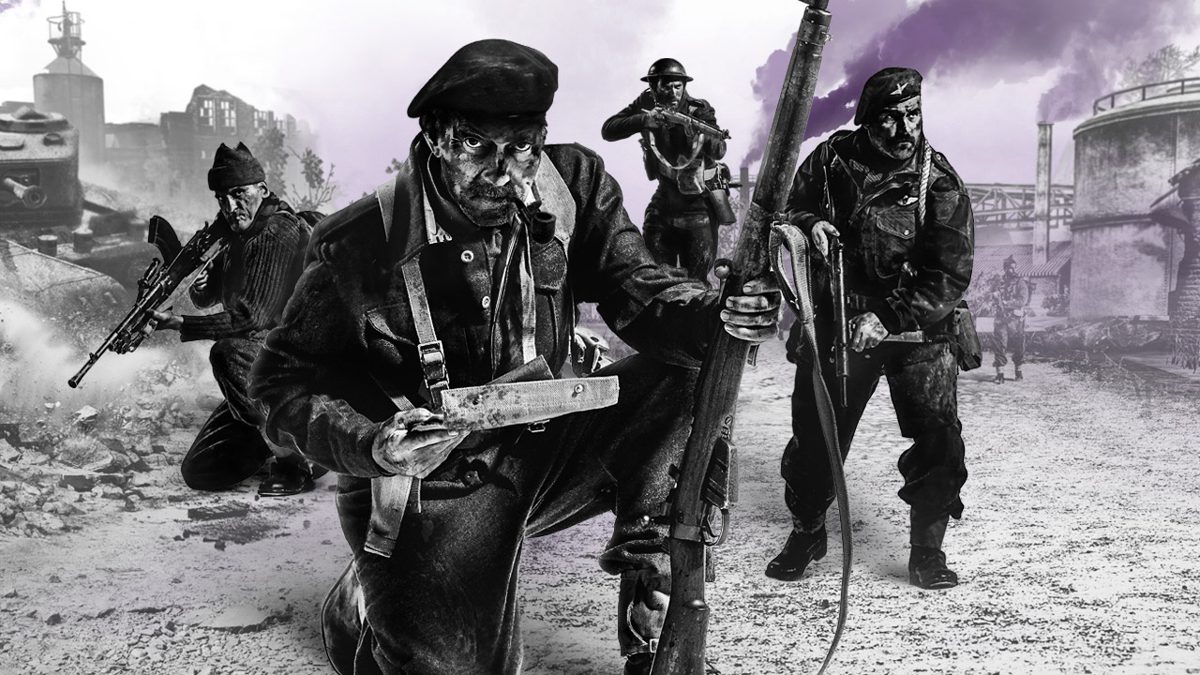 Bulldog tenacity is what the British armed forces have probably been best-known for throughout their history. As fighters from a small island nation where the army historically took a back seat to the Royal Navy, British soldiers have always been asked to make up in determination and training what they lack in numbers and equipment. All those themes come through loud and clear in Company of Heroes 2: The British Forces, a standalone expansion for 2013’s Company of Heroes 2.

The British Forces are billed as “two factions for the price of one” due to choices between mobilities and defense, and while I’m not sure I’d go that far, they do offer a few great options when it comes to play style and overall strategy that stem from their tenacity, daring, and troubling lack of firepower.

The really interesting thing about the British Forces is that, even more than the other armies in Company of Heroes 2’s military menagerie, they demand different approaches and tactics at different points in the battle. As opposed to the British Army in the original Company of Heroes, which lives and dies by its defensive structures and positioning, this new take on the army is exciting and dynamic at every point in a Company of Heroes 2 match.

Despite being a more defensively oriented faction overall, the British Forces can profit handsomely with early game aggression thanks to some of the strongest infantry available. While other countries are sending out engineers and green riflemen, the British have coolly professional killers who seem almost invincible if they get to cover. So the start of a match as the British general unfolds as a hell-for-leather land-grab where you have use those lethal Tommies to their best effect with a mix of micro-maneuvering and opportunistic entrenchment. They can rout a lot of the early game opposition from the other armies if they play their cards right, and gain a decisive advantage in map control and position.

The strange thing about the British Forces expansion is that it’s a standalone multiplayer faction. There’s no campaign built around them (though one can certainly hope they’ll get a starring role in something as good as the single-player-only Company of Heroes 2: Ardennes Assault expansion), so the only thing you can do with them is play them in multiplayer and skirmish.

British Forces would be an unusual point of entry for someone new to CoH 2, but no a bad one.

It would be an unusual point of entry for someone new to CoH 2, but not necessarily a bad one. This is an approachable army, though learning how to use them well is another matter entirely. I’ve been playing them almost exclusively for the last week or so and have been completely engrossed in figuring them out. In fact, this expansion has gotten me into Company of Heroes multiplayer in a way I haven’t been since the original game’s Opposing Fronts expansion.

The main problem with treating The British Forces as a standalone expansion is that multiplayer doesn’t stand alone. That’s the whole point. I’m able to enjoy and appreciate what the British Forces add, and how I have to approach their rival armies, because I have access to those other armies. I can go experiment with them to see how they work and what I should be doing as the British commander. But people who only own The British Forces will only learn the other factions by playing against them, which is a pretty difficult way to learn an RTS. While it’s neat that you won’t have to buy the core game to enjoy The British Forces, the way this RTS has been balkanized is endemic to CoH 2’s identity as a vessel for DLC, and makes it hard for newcomers to experience the whole RTS.

The British Forces are easy to recommend to any CoH 2 fan thanks to their flexibility and new defensive-oriented approach, but this expansion does not stand quite as alone as it promises due to an inability to play as the opposing factions in order to understand how best to counter them. There’s a lot to enjoy here, and for newer players who need a little early help, (or for turtlers who prefer to hold on to what they have), the British Forces are a godsend.

Is Ardennes Assault worth it? :: Company of Heroes 2 General Discussions